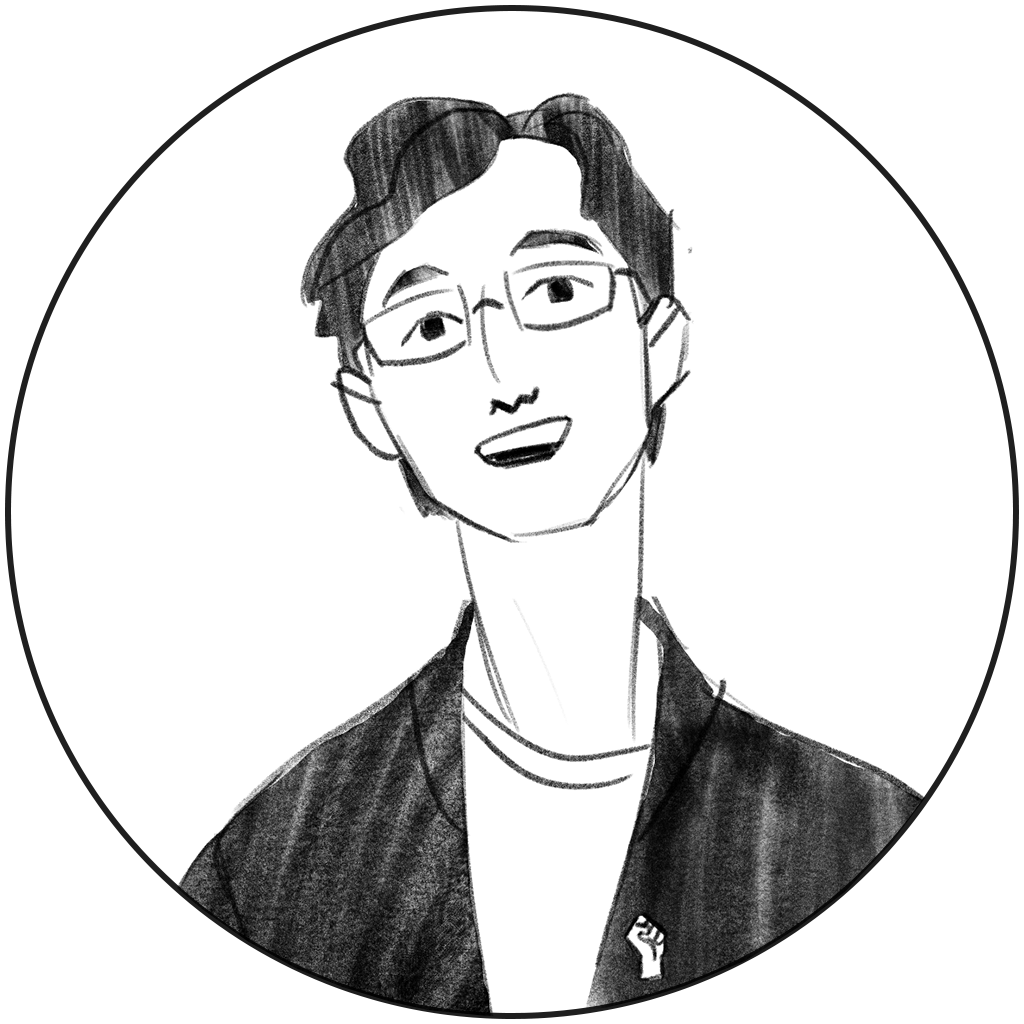 Christopher Ikonomou (xe/he) is the Editor-In-Chief at OutWrite, as well as an illustrator on the Graphics Team. Xe is a fourth year Communication major and Disability Studies minor. He loves making art for the queer and disabled communities, watching horror movies and shows, and listening to Phoebe Bridgers. Zoë Collins (she/her) is the Managing Editor at OutWrite and is a photographer on the Graphics team. She is a third year Marine Biology major who has a passion for intersectional environmentalism and using storytelling to advocate for sustainability. 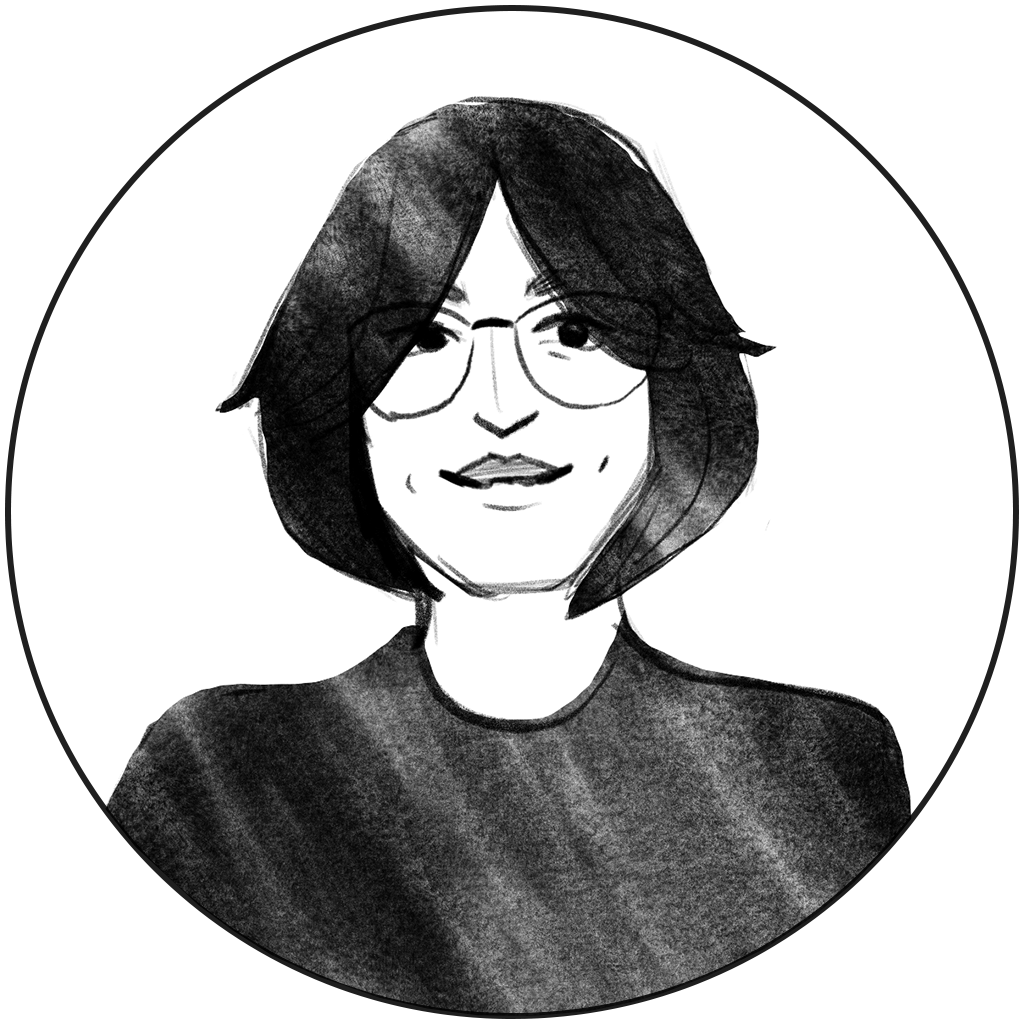 Judah C (they/them) is a developmental editor and writer at OutWrite. They are a fourth year [email protected]/x Studies major who loves to write about everything, from politics to new movies and books making their debut. Outside of OutWrite, they love to write, read, video games, and listen to music. 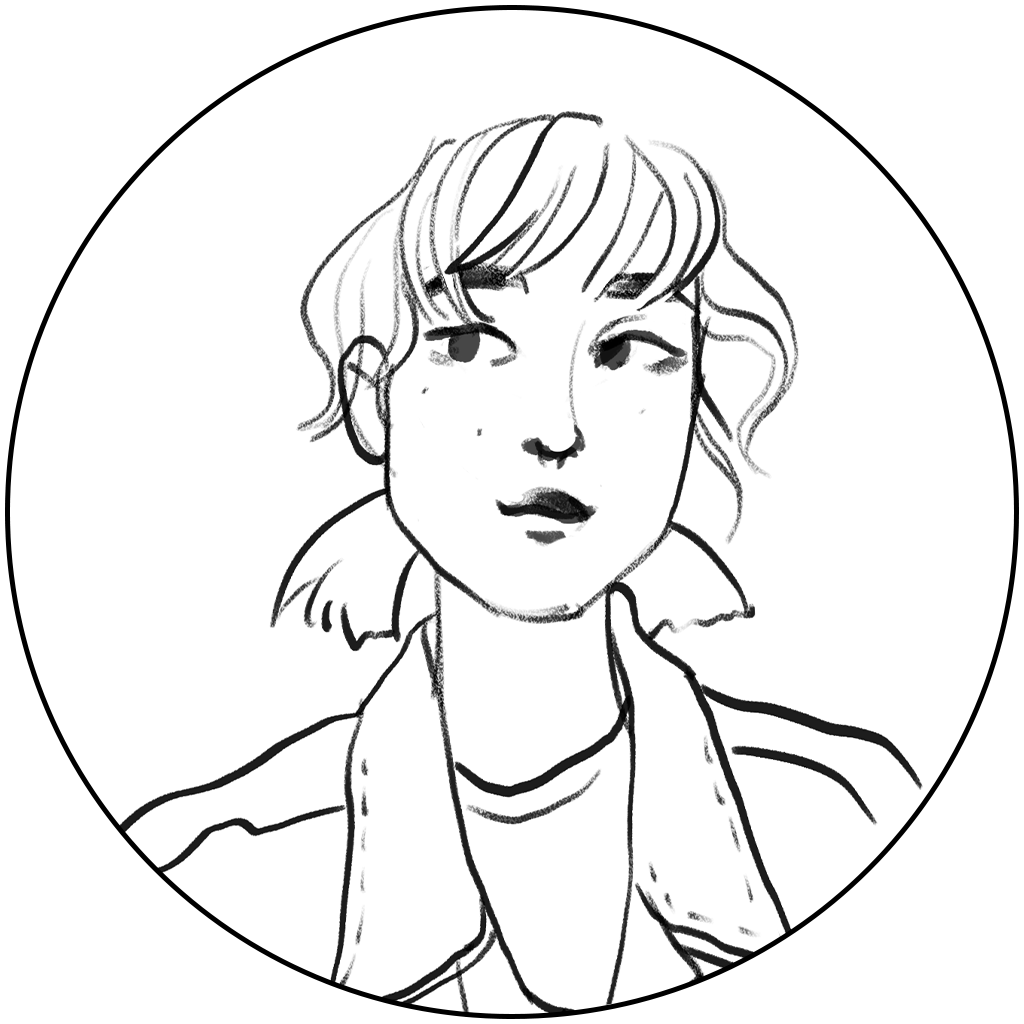 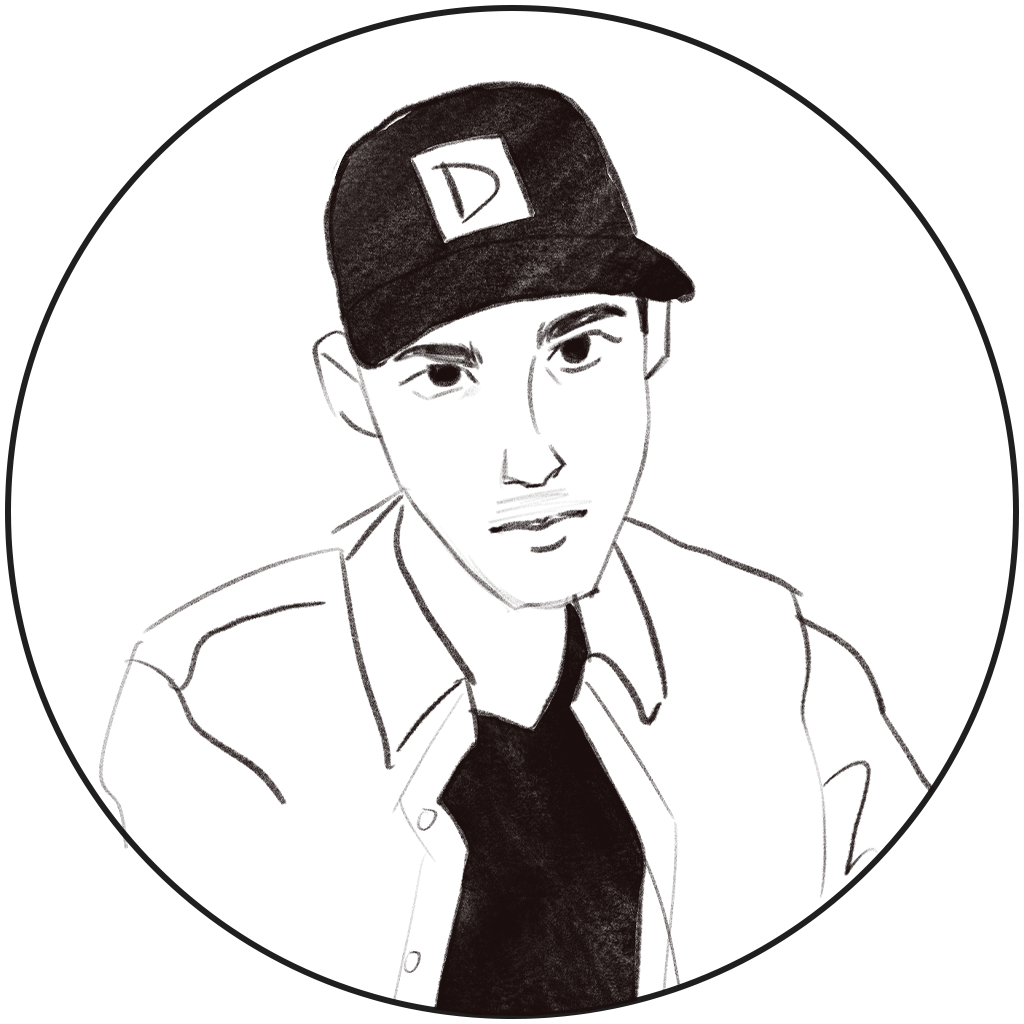 Jackson Harris (he/him) is the Social Media and Graphics Head of OutWrite. He is a third year Psychology major and Professional Writing and Music Industry minor. He loves designing concept photoshoots, stanning C-list singers everyone has heard of but no one takes seriously, and framing making TikToks as professional development. Bella (she/they) is the Copy Chief at OutWrite. She’s a third year MCDB major and in her free time, she enjoys gaming, napping and writing/reading queer stories. Brooke Borders (she/her) is a fourth year Ecology, Behavior, and Evolution Major and Environmental Systems and Society Minor that spends too much time thinking about her DnD characters and has a passion for conservation biology. Charis Shargel (she/her) works in Social Media at OutWrite. She is a fourth year Cognitive Science and Communications double major. She loves creating art of all kinds and trying new things. 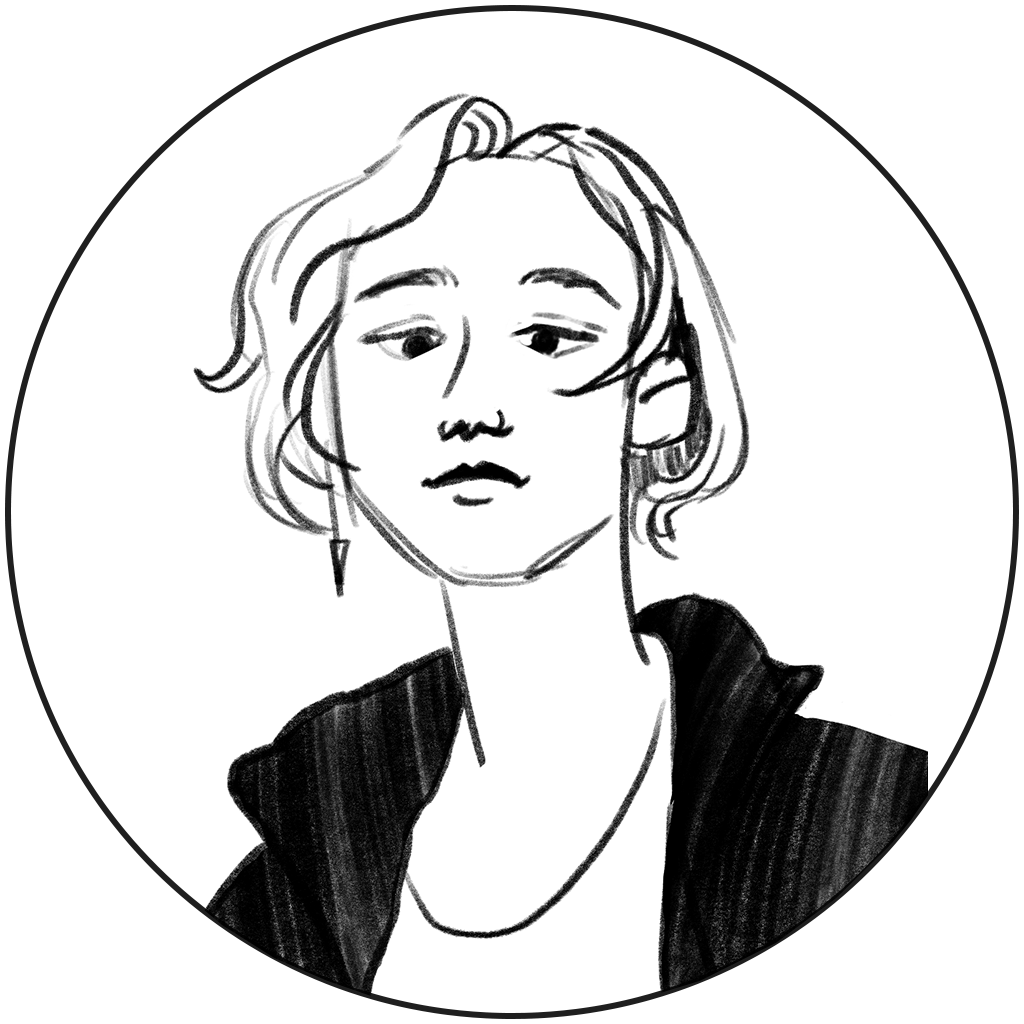 Emma Blakely (they/she/he) is a copy editor and writer at OutWrite. They are pursuing a double major in Communications and Microbiology, Immunology, and Molecular Genetics (MIMG). They are passionate about writing, both at OutWrite and fiction and poetry on their own, and love listening to music and podcasts. Giulianna Vicente (she/her) is a third year Gender Studies major on the Pre-Medicine track. She is interested in Women’s health, menstrual health accessibility, and advocacy for diverse and inclusive sexual education, including menstrual and breast health. Additionally, she is interested in the inclusion of queer individuals in healthcare and the medical field. She is currently involved in the Lavender Health Alliance, a queer medical organization, amongst other organizations she’s a part of. Jennifer Collier (she/they) is a copy editor and occasional writer at OutWrite. She is a fourth year Sociology major double minoring in Music Industry and Musicology, and she hopes to one day become a music critic or arts and entertainment journalist. She loves the color yellow, anything pumpkin flavored and finding new music. Kaitlyn Germann (she/her) is a writer at OutWrite. She is a fourth year majoring in English and Education and minoring in Linguistics and LGBTQ Studies. In her free time, she helps community cats through TNR and loves to cook. Kelly Doherty (she/her) is an illustrator at OutWrite. She is a fourth year Communication major and Film minor. She loves animation, camping, and dogs. Lorely Guzman (they/he/she) is a fourth year Psychology major with a minor in Brain and Behavioral Health. They love film and theater, creating hand built pottery, playing video games, and working with kids as a tutor and mentor. Steph Liu (she/her) is an illustrator and writer for OutWrite. She is a third year Communication major. She’s also the music director of Pitch, Please! a cappella and likes watching historical fashion YouTube videos. Tavish Mohanti (he/him) is a writer at OutWrite, majoring in Cognitive Science with a minor in Film & Television. He likes to find new music and movies by queer creators, and some of his favorite things include Charli XCX, Hereditary, and bananas.

Want to join us?

OutWrite is now accepting applications! Apply by October 3rd at noon (Monday of Week 2) on apply.uclastudentmedia.com to be considered.