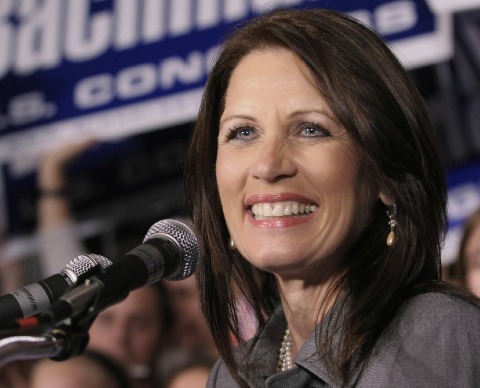 The Advocate reported this morning that a key Bachmann campaign operative, Peter Waldron, has spent extended periods of time in Uganda, and that he has close connections with Martin Ssempa, the leader of the congregation that has pushed the movement to kill all those found guilty of “homosexual acts” in Uganda. The Bachmann campaign issued a statement expressing support for Waldron, saying, “Michele’s faith is an important part of her life and Peter did a tremendous job with our faith outreach in Iowa. We are fortunate to have him on our team and look forward to having him expanding his efforts in several states.” Click here for the rest of the story.

While Bachmann’s own public comments on the LGBT community have become more cautious of late — she recently stated that she believes gay people have “honor and dignity,” which is a long way from homosexuality being “personal enslavement” — her connection with Waldron is the latest and arguably most extreme in a series of troubling signs to the gay community. Her husband, Marcus, has been reported to be involved in ex-gay therapy. The fact that this woman is in the national spotlight means that she and the people she associates with are being given the opportunity to spread the views that being gay is wrong–or, in Waldron’s case, that being gay should be a capital offense.

What do you think? Is Bachmann still a fringe figure, and thus harmless? Does her victory in the straw poll mean that she represents the views of a significant number of Americans? Sound off in the comments.

New Film "We Were Here" Looks Back at the AIDS Generation