Huxley forecasted the ethical issues of human genetics, almost prophetically, in his 1931 novel Brave New World. In his future world, humans were selected before birth based on certain traits that were more socially ‘desirable’ in the dumbed-down dystopia he vividly creates.

Today, years after the completion of the Human Genome Project, humans have a pretty keen ability to not only manipulate strands of DNA to manufacture crops with higher yields but can accurately identify potential issues or diseases coded within the genes themselves.

So, this brings us to the supposed gay gene. It’s still unclear in the scientific world whether being anything but heterosexual is entirely genetic or not; we know that genes definitely play a part, but environmental factors also hold a lot of weight. If one grows up with the ‘gay gene’ in an oppressive household, they are much less likely to come out and express that gene than if they are in an environment which is open and non-threatening. This interplay between environmental and biological processes affects almost every single trait that characterizes each individual. In the future, the control of these genes will become more and more efficient and widespread.

The day is approaching, scientists extrapolate, where parents may actually be able to not only analyze, but select genes for their child prenatally; genes that would benefit the child the most with respect to diseases, cancer, and deformities would be selected, while “defective” genes would be essentially discarded.

An interesting, but convoluted, argument has been presented by conservative pro-lifers, pretty recently, stating that gays should be pro-life because of the possible repercussions of the hypothesized gene selection process. Their premise is that if parents are able to analyze the genes of their children, they would deselect, or abort babies that carried the ‘gay gene.’ Thus, gays should abandon their respect for women’s rights and choice in favor of government regulation of people’s bodies.

Oh, conservatives, nice try. I am not in favor of giving the government any more control over anybody’s body than they already have. Coming up with some far-flung argument about the future use of future technologies is just another example of their “logic.” 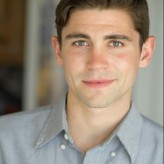