“My Beautiful Laundrette”: A Queer Fairytale

Stephen Frears’ “My Beautiful Laundrette” (1985) is a dramedy that chronicles the journey of Omar, a young Anglo-Pakistani man, as he takes charge of his uncle’s failing laundromat business and rekindles a romance with a man from his past. The story unfolds in a run-down suburb of London, where fascist punk gangs run amuck and neon signs line each corner. Most notably, the film is praised for its depiction of race relations in England during the Thatcher era, a turbulent time which saw the growth of free market capitalism and a decrease in big government. Due to a swell in economic growth at the time, there was a new chance for social mobility available with Asian immigrants rising to middle class and many Anglo citizens falling deeper into poverty within England’s population. Moreover, because of the especially topical subject matter attached to the film’s location, the decision to depict a homosexual relationship between a Pakistani and a former fascist was especially daring. Yet, despite this gritty and unusual setting, “My Beautiful Laundrette” takes a surprisingly idyllic approach in the portrayal of its gay romance. Among all of the social and economic upheaval, the film’s dreamy cinematography and surreal pacing paints the love between the two men as an almost magical, healing force.

The movie begins with Johnny, Omar’s former lover from school, getting kicked out of the apartment he is squatting in. Flashing to our protagonist, the film shows Omar taking care of his bedridden, alcoholic father who tells him that he has arranged for him to take a new job at Nasser’s (Omar’s uncle) successful car garage.

As the movie progresses, Omar quickly moves up in the ranks of his uncle’s empire and is assigned the task of running Nasser’s old laundromat instead, soon meeting many other members within the Pakistani community. He first encounters Salim, a hostile business partner of Nasser who sells drugs on the side for extra cash. Omar also meets Nasser’s daughter, Tania, a spirited young woman who is presented as a possible marriage partner for him in the future. Additionally, while lingering around the car garage one day, he runs into Rachel, the British mistress that Nasser keeps.

One night, as Salim, Omar, and Cherry (Salim’s wife) drive home from a weekly community dinner, a group of punks led by Johnny attack their car at an intersection. Spotting Johnny further down the dimly lit car tunnel, Omar exits the car and the cinematography of the film takes on an ethereal quality as he walks towards him. Surrounded in dark orange lighting when he begins his walk, Omar’s face is then engulfed in neon blue as he walks closer and closer to Johnny with a brilliant smile on his face. All other urgent matters — the couple waiting in his car and the threatening punks that linger behind him — fade away in the power of their uninterrupted gaze, which continues until they stand face to face.

The color blue remains a thread of surrealism throughout the film, appearing at the height of the two lovers’ achievements. It is the same color as water, the detergent used in the laundrette’s washing machines, and most importantly, the refurbished laundrette’s neon blue sign. The glowing letters of the laundrette are the culmination of their love, representing the fresh start that their relationship has brought them. In this way,  Frears utilizes the color blue to symbolize hope and regeneration in Omar and Johnny’s lives.

Throughout the film, Frears utilizes a lot of jarring cuts in his editing, creating a dreamlike blurring of time. In cuts within scenes, characters appear in different positions and perform different tasks than the shots directly beforehand. The disruption of regular time conventions challenges the viewer to pay closer attention. Are these scenes happening in real time? Is it possible that we, as the audience, are not seeing everything clearly? In these moments of disorientation, the film anchors its audience again with the unwavering trust that Omar and Johnny have in each other. Their relationship is the only constant the viewer has, making it all the more comforting to return to.

The screenplay of “My Beautiful Laundrette” further contributes to the overall surrealism of the film due to its incorporation of magical realism. For example, in one scene halfway through the film, Omar opens the laundrette to the public and strikes up his relationship with Tania once more. Johnny feels like he has been rejected and leaves the laundromat to go drinking with his old punk gang. Without any specific directions, Omar is able to find him later that night several blocks away at a party in the attic of a crowded flat. Johnny never mentioned where he was going, yet Omar locates him quickly as if he were merely following a predestined path back to his lover. Later on in the script, it is offhandedly mentioned that Nasser’s wife plans to cast a curse on his mistress, and it is later revealed that Rachel has developed an unexplainable rash on her torso. The presence of magic is as much a part of the film’s backdrop as South London is, but it is never explicitly explained by the characters or exposition.

In one final act of the supernatural, Johnny disrupts a violent fight between his former gang and Salim towards the end of the film. As Salim crawls away bloodied and wounded, the fascists turn on Johnny and beat him until he’s nearly unconscious. Omar stumbles on the scene at the same time as the police, pulling Johnny away from the conflict. He helps wash Johnny’s wounds while the former punk mutters under his breath that he needs to get away. In the final scene that follows, the two men appear at the sink again, but Johnny’s injuries have vanished. The two men are shirtless and smiling, playfully splashing each other with soapy sink water. All signs of distress or the prior conflict of the last twenty minutes are gone, leaving a charming picture of domestic bliss. The final frame fades away into the credits with the sounds of blowing bubbles and running water, leaving the viewer feeling vaguely baffled but satisfied overall at the speedy resolution.

“My Beautiful Laundrette” is not the most cohesive or well-paced film, but it was still revolutionary in the way it depicted its gay relationship. The massive, unexplained time skips in between scenes make some plot points feel rushed and hinder several character relationships from fully blooming. However, I feel that this story remains an incredible landmark in the history of LGBT+ cinema. At the height of the AIDS epidemic when this movie was released, there was little call for positive queer representation in the media, let alone an almost utopian interracial relationship between a Pakistani man and a gay punk. Stephen Frears and Hanif Kureishi (the screenwriter of the film) took an exceptional risk to create something magical and pure — something resembling a queer fairytale. And that is something truly beautiful. 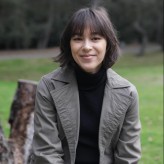 An Exploration of Euphoria: S2E2 "Out of Touch"