‘Mo Bounce’ or No Bounce

At the end of last month, Iggy Azalea made a comeback with her single “Mo Bounce”. Why did I feel compelled to listen to it? That’s beyond me. But I’m glad I did, because the further I got into the track and its over-the-top music video, the more I realized I had seen it before. Except, back in 2014 it was called “Anaconda” and was released by rap mogul, Nicki Minaj.

Delving into Ms. Azalea’s latest single, we’re reminded of her controversial past before the song begins. Iggy has been met with criticism in the past, and fairly so, because she uses Black slang and a “bl-accent” in an effort to be “Black enough” to rap. She blatantly steals black vernacular in the song’s title “Mo Bounce”. The slang is not hers to take ownership of, but since it is the hook of her single she is clearly unbothered. Yikes, Iggy.

Aside from the title, the single’s cover art also drew my attention. Before the song begins, Iggy is seen squatting in heels and a bikini; a mirror reflects her backside to the viewer. As I recall, Minaj’s controversial Anaconda cover featured Minaj similarly situated. 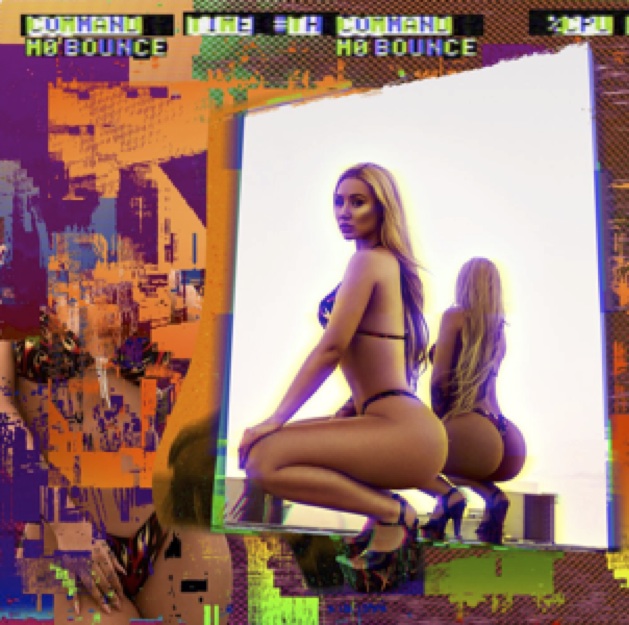 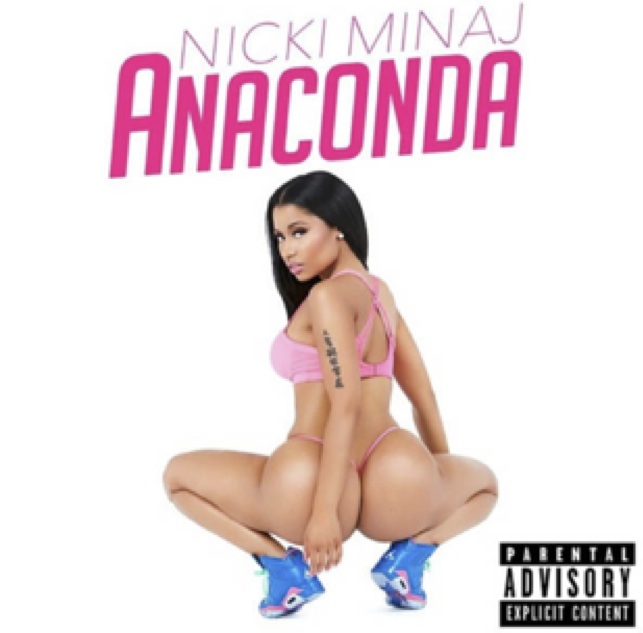 During the Pinkprint Era, Nicki was hit hard for her risqué pose: squatting in a pink bikini, looking back at the camera. It has been three weeks since Iggy’s single’s release, but I have yet to hear a similar response to Iggy’s cover. As a Black woman, Nicki Minaj has to negotiate her sexuality constantly because of the societal policing of Black women’s bodies. Azalea takes this for granted when she plagiarizes the pose. Thus far, Iggy has stolen Black vernacular and patronized Black female sexuality. And the song has yet to begin.

From the first thirty seconds, “Mo Bounce” is clearly a dance track- a white woman’s ode to twerking, if you will. Anaconda is also a dance/club track. While the lyrics do not coincide, their messages are identical. Both are meant to be carefree, fun songs to let loose to. The video is where Iggy really crosses the line.

The four-minute visual for “Mo Bounce” is nothing short of a botched attempt of commodity feminism. It is rife with unchecked white privilege and plagiarizes Nicki Minaj to a greater extent than one might immediately notice.

Less than a minute into the video, the camera shifts focus to the backside of Azalea’s jeans. Ironed on is a back patch with the words “My Pussy Grabs Back” inscribed. The attempt of commercialized feminism is quickly shut down as Iggy spends the following scene staring at multiple women of color twerking. Iggy stares at these women as they perform for her, mirroring the stereotypical male gaze seen in pop music videos. The dancers are limited in their womanhood because it is clear they are her accessories- white feminism at it’s finest. Even if Iggy’s pussy grabs back, it certainly isn’t grabbing back on behalf of all women.

As the scene changes from an alley to the inside of a club, Iggy twerks on all fours exactly as Minaj does in the opening of her “Anaconda” video. Nicki’s choreography is visibly stolen; Iggy isn’t even trying to hide it.

Iggy’s twerking is problematic; it seems as though she hasn’t learned from Miley at the 2013 VMA’s . When Iggy twerks and says things like “Little bit of ratchet, little bougie- you should all know,” she visibly exploits a “ratchet culture” that targets poor people of color. She uses their slang and undermines their experiences for profit.

The double standard is very clear. It is unacceptable for white women to pass off Black women’s experiences as their own without experiencing the historical struggle that informed their reality.

Iggy not only copies content from the “Anaconda” video, but also Nicki’s videos for “Super Bass” and “The Boys”. 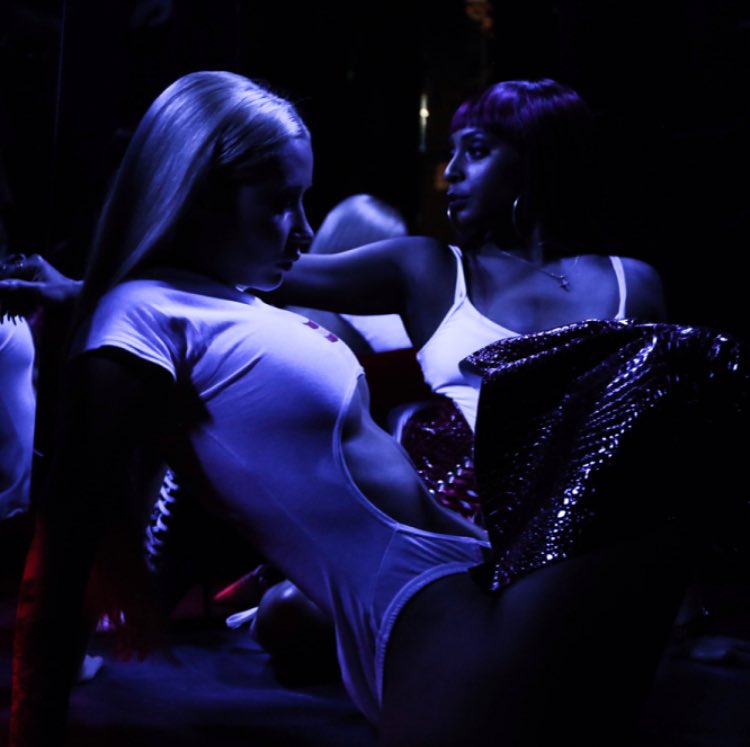 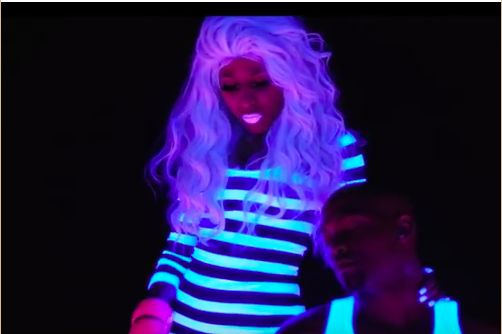 The neon club scene was taken right from Nicki’s hit “Super Bass”. Similarly, Nicki and her team of dancers are dancing in a club with neon lights. While it may be coincidental, it is worth knowing that Nicki’s video has been viewed over 650 million times. I’m willing to wager that some of those are people from Iggy’s team.

In Nicki’s video for her single “The Boys,” there is a scene where Nicki sits confidently in a sports car. This seemed to also grab the attention of Iggy’s video directors, as she copies the exact look and pose for this too. 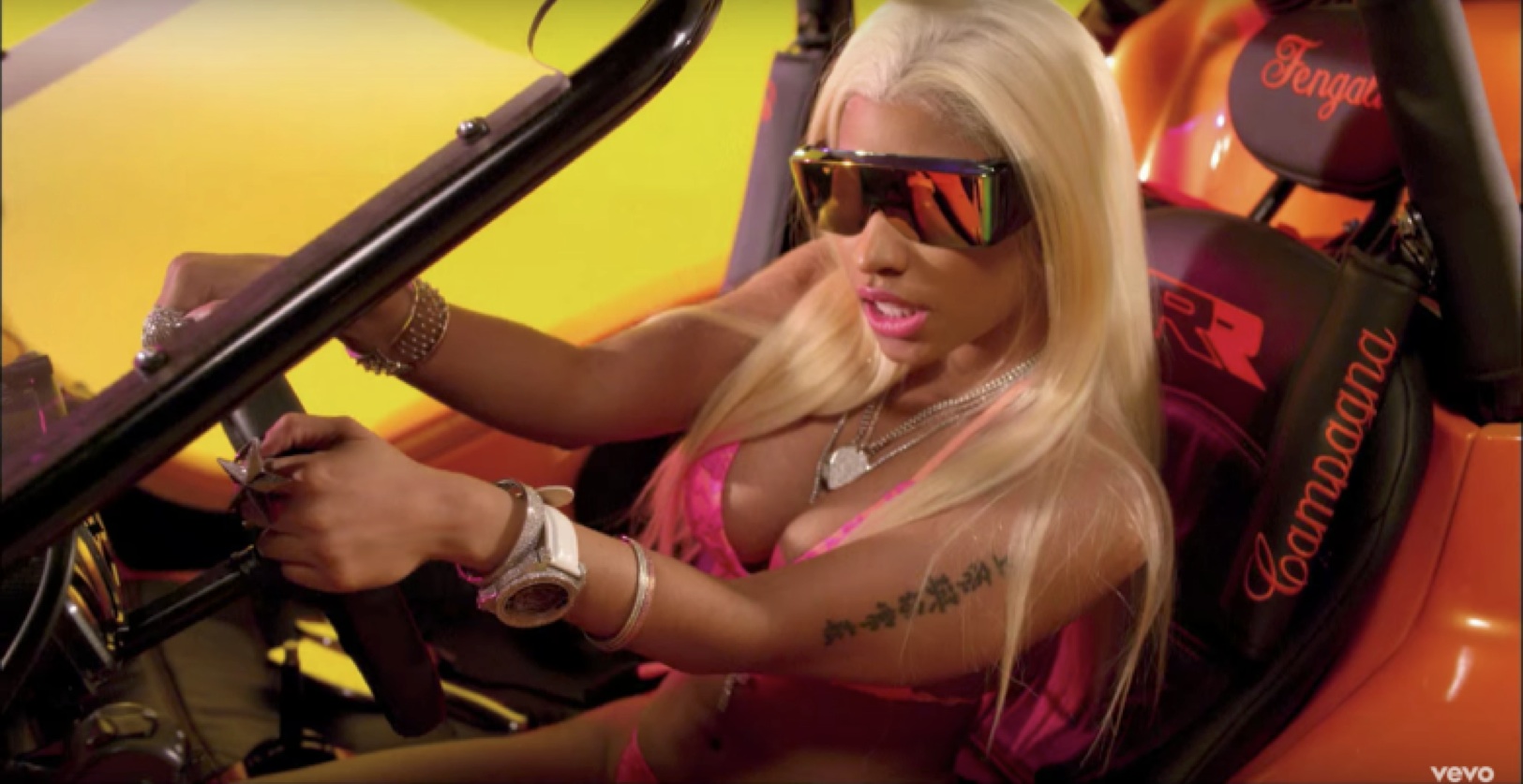 Pink bikini, sunglasses, and a blonde wig? Definitely not a coincidence. Nicki Minaj’s video for “The Boys” has over 150 million views, again invalidating Iggy’s originality.

It goes without saying that society is hypercritical of the actions of people of color, but the moment white people appropriate ideas from our communities, the hypocrisy goes unacknowledged. Sadly, this is a reality that Queen Minaj is fully accustomed to. “New day, new money to make. New things for them to imitate”- Nicki.