In order to raise solidarity, funds, and action against the LGBT concentration camps in Chechnya, Russia, the UCLA LGBT Campus Resource Center hosted a fundraiser on Thursday, May 11, 2017.

Organized by first-year political science major and French minor Gina Kanegawa, the fundraiser sold buttons, rainbow cupcakes, and “alternative lifestyle” postcards. In addition to the items for purchase, the event included a presentation by Kanegawa and the signing of a letter urging President Trump to grant visas to LGBT refugees. 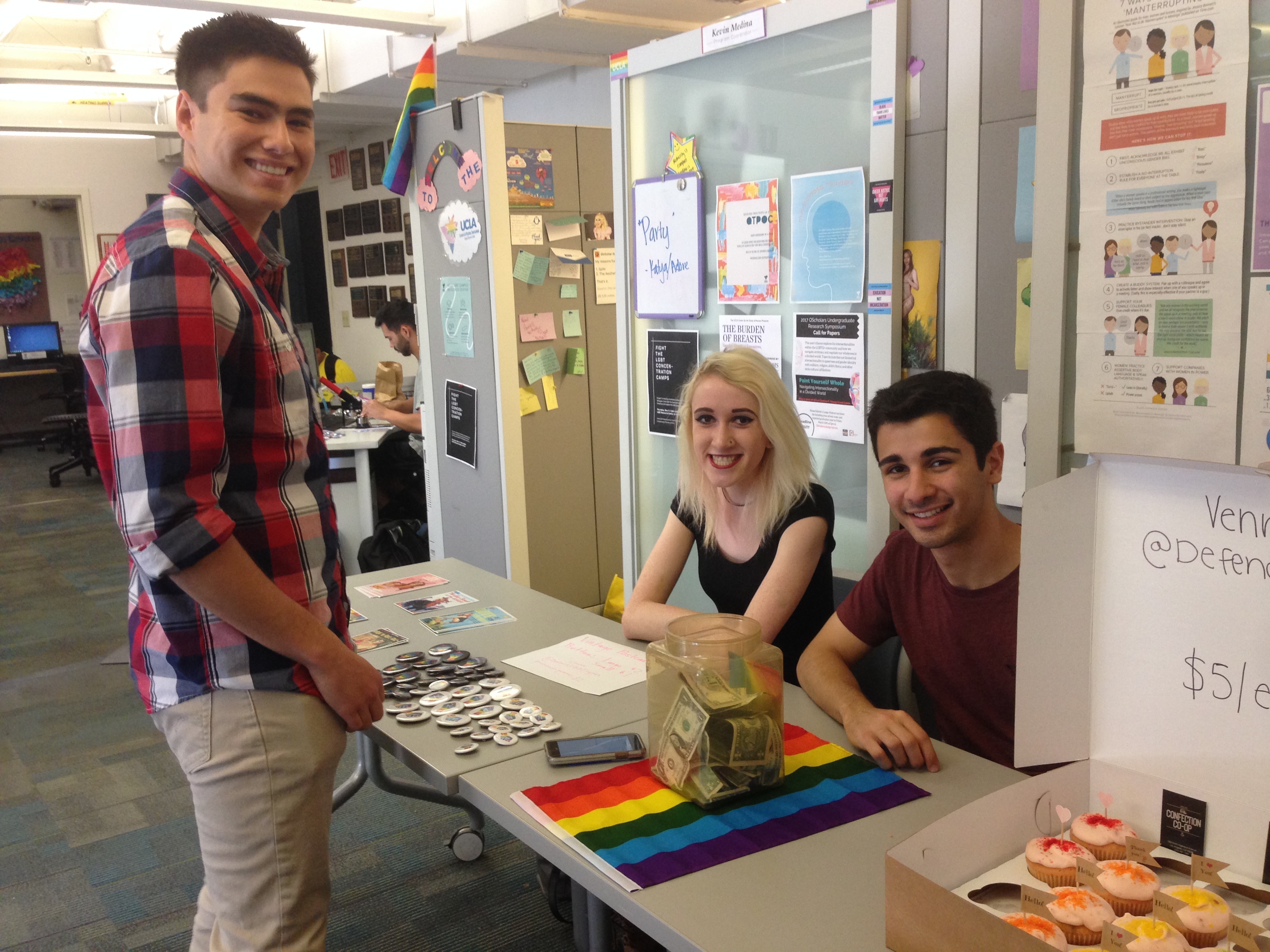 Kanegawa said the idea for the fundraiser came from the complacency she sees online, where people share articles and posts about issues on social media but ultimately do nothing else about the problem.

“They feel like [the issue] will ultimately dissipate itself, that people will take care of it, that it’s other people’s responsibility,” said Kanegawa. “I’ve never really believed in that, and I was like, ‘It’s probably my responsibility, considering I have a platform or political reach, I have an ability to openly identify myself on my campus space, in my home space, in my community, and I don’t have fear of persecution or legal prosecution.’”

Kanegawa’s presentation detailed background information regarding the concentration camps in Chechnya, comparing them to the German concentration camps that held homosexuals during World War II. In early April, reports of gay men going missing in Chechnya began to pile up. These men were detained for several weeks, beaten and tortured for information on other gay men, and eventually released. However, after their release, their home is no longer safe to return to.

“Because having an LGBT family member taints a family’s reputation, families partake in what they call ‘honor killings,’” said Kanegawa. “This is a means to ‘purify’ or ‘cleanse’ their reputation.”

The Russian LGBT Network, which receives all of the proceeds from this event, provides “transportation, accommodation, basic goods, medical and psychological support, as well as the preparation of necessary documents” for Russian LGBT refugees. In addition to the fundraiser, a donations website has been set up, and will remain running until May 18th.

Kanegawa hopes that the event will motivate others not to be complacent when minorities are under attack, and to “think collectively and get involved.”

“When people require resources, they never look for millions of dollars from one person; they just look for millions of people to get involved,” Kanegawa said. “I think that if people took that mindset, that would really set them apart from like, ‘If I do it, why can’t someone else?’ It’s like, ‘Why can’t you all?’”

Part two of Kanegawa’s efforts to aid Chechnya takes place Thursday, May 18th, at Meyerhoff Park (in front of Kerckhoff Hall). A protest will take place, and those who wish to advocate for Chechen LGBT refugees may sign the letter to President Trump and purchase more of the items from the fundraiser, as well as stickers. More information on the event here.

To support Russian LGBT asylum seekers, you can donate to Kanegawa’s fundraiser at http://defend-lgbt-rights.causevox.com/ until May 18th, or to the Russian LGBT Network at https://www.lgbtnet.org/en/endonate.

'Mo Bounce' or No Bounce