There is no doubt that queer people have made incredible strides in terms of visibility over the past decade alone, and the Internet enabled a lot of the progress the community has made. Queer content creators were — and still are — instrumental in carving out a space for the queer community on the Internet so that individuals could educate themselves, explore, and have meaningful conversations about the rich experience of being queer.

However, in an age characterised by politicized identities and commodified personalities, queer content creators face dehumanization as they become icons of their gender and sexuality rather than human beings with flaws and feelings. This becomes especially problematic when a queer content creator does something to contradict their image of perfect queer representation, falls from their pedestal, and becomes subject to mass harassment on social media platforms such as Twitter.

I base my discussion on a video essay by nonbinary, trans YouTuber Jessie Earl (also known by her channel name, Jessie Gender) about YouTube-based film critic Lindsay Ellis’s decision to completely quit YouTube and social media in general.

Ellis, a bisexual woman holding multiple film degrees, entered a YouTube film critic space previously characterized by angry cishet men who spent more time tearing movies apart over small details than saying anything of substance. Earl noted that Ellis was one of the first large content creators to create a space for meaningful critique of films through an academic and progressive (in Ellis’s case, largely feminist) lens.

Although she received praise for her commitment to discussing issues of representation in movies throughout her YouTube career, Ellis faced considerable backlash early in 2021 for an insensitive critique of “Raya and the Last Dragon” (2021). Ellis called “Raya” a “redux” of another Asian-inspired cartoon, “Avatar: the Last Airbender,” which some took to mean that Ellis was calling all Asian and Asian-inspired stories the same. What started out as Asian fans calling Ellis out for her problematic comment quickly snowballed into a raging canceling campaign against Ellis.

In her resignation post, Ellis said she was traumatized by the ensuing months of mass online harassment, even going as far as to say that she regrets everything she did during her online career.

Earl pointed out that Ellis’s fall was the product of two factors: the messiness of the online space she occupied and the oversimplification of her identity into mere symbolism of larger identity and political groups.

“When you’re trying to address these issues [of representation] that have become so ingrained and have been made so invisible in these spaces, it is inherently messy,” Earl said. In other words, the chaotic online environment makes discussion of representation a minefield, and it is almost certain that a person navigating such an environment will set off a metaphorical landmine.

However, the complexity of the circumstances are not apparent to viewers. Earl said that as Ellis created the niche of discussing representation and feminism in movies, she became a symbol of feminism itself rather than a person who wanted to talk about feminism.

In short, queer identity becomes a brand; queer content creators might feel that their entire career is hinging on their ability to provide good queer representation.

“This is why I make videos about ‘Star Trek’ all the time… Most of my ‘Star Trek’ videos don’t do well, but I do it because of two reasons: one, because it’s good for me and my soul, and two, because it shows that I’m a full human being beyond me talking about trans issues,” Earl said.

The iconization of content creators places a huge burden on the creators to meet a inhuman standard of moral perfection. Lindsay Ellis’s reputation as a feminist icon bound her to the expectation that she only hold or express unproblematic views; she must be progressive on all fronts because she represents feminism.

When Ellis misstepped in the messy minefield of the Internet and her commentary on “Raya” shattered the illusion of perfection, viewers did not consider her humanity, her innate imperfections nor her potential for change. Instead, Ellis went from an icon of progress to the physical representation of oppression — from one dehumanizing extreme to another.

“It’s all very traumatizing because you stop being seen as a person and start becoming a venting point for issues,” Earl said.

For queer content creators, the virtual landscape is just as messy and the expectations are just as high. The dos and don’ts of online queer culture are constantly shifting, and iconized queer creators are expected to know and represent these ever-changing ideas flawlessly.

Apparently, the only acceptable way to be queer in the public eye is to be perfect. Any display of imperfection would be an insult to the queer community.

This mentality is not only harmful to queer creators but for queer audiences. If a queer creator has to be perfect to be seen, what does that say about queer individuals in general? Do all queer people have to adhere to the same puritanical moral standard in order to be valid? In such conditions, deep exploration of all facets of queer identity shrivels and dies, and queer individuals who do not perform their queerness adequately are rejected.

Of course, expressions of harmful ideals should not go unchecked. Lindsay Ellis should not be excused from all the consequences of her racist commentary, even if it was unintentional. And any queer creator should not get a free pass to hurt other marginalized communities. If anything, this shows that people can be progressive on some issues and regressive on others. However, the solution is not to harass, threaten, and shun one individual for making a mistake.

It is tempting, sometimes, to dogpile on whoever’s just gotten canceled on Twitter. It feels like making a difference, like fighting the bad guy and rooting out evil. But all the energy and crusading that goes into making one person’s life miserable does nothing to effectively counter real systems of oppression. In fact, it adds a suffocating layer of expectations to queer content creators (and creators of other marginalized identities).

It’s good to want good queer representation. And of course we should keep calling people out for saying something harmful. But it is unproductive and unhealthy to hold people up as perfect queer icons and discard them the moment they mess up. 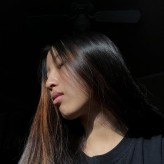 Steph Liu (she/her) is an Illustrator and Writer for OutWrite. She is a third year Communication major. She's also the music director of Pitch, Please! a cappella and likes watching historical fashion YouTube videos.

From the Archive: Unisex bathrooms: Convenience or safety measure? (Winter 2002)