For Queers By Queers: A Spoiler-Free Fire Island Review

Written by stand-up comic, writer, actor, and gay man Joel Kim Booster and directed by Andrew Ahn, “Fire Island” (2022) brings together a classic romance and the glitter-covered queer party scene off the shore of Long Island. Based on Jane Austen’s novel “Pride and Prejudice,” the film follows a group of five friends who travel to Fire Island with the ultimate goal of having a week-long summer vacation to remember. Booster and Ahn both capture the essence of the iconic slow-burn romance from Austen’s novel perfectly –– from the funny, snarky, and sentimental script to the beautiful shots of the sunset, sensual clubbing scenes, and the use of Donna Summer’s music –– when set on an island full of alcohol and drugs and gay men, it works wonderfully!

There is a very real heart at the center of “Fire Island.” It is a movie for queers by queers, showing the over-the-top party life that many have used as an escape from the constrictions of a heteronormative society, and yet, it deals with the almost too abundant issues found within the gay community. Issues of fantastical love and lust and all-your-exes-knowing-one-another as well as dubious consent and betrayal and the all too human knowledge of misunderstanding one another.

The main cast of the film features Joel Kim Booster himself, alongside familiar faces such as Margaret Cho and Bowen Yang. However, it is Conrad Ricamora who deserves his flowers for his excellent interpretation of a Mr. Fitzwilliam Darcy-type. His performance really sells the story, and his back and forth with Booster’s character, Noah, alongside their interactions with the rest of the cast, grounds the story within the realm of the romantic novel.

Overall, “Fire Island” is a gay old time. Heartfelt and hilarious, take a trip to your nearest Hulu subscription to watch this summer’s next great romance (with all its naked torsos).

OutWrite Newsmagazine would like to thank Bruin Film Society and Melnitz Movies for partnering with us for a sneak preview screening of the film and encouraging us to share our print magazines with guests! 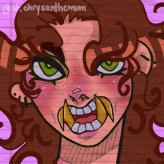 Chrys Marr is an Art History Major and a senior at UCLA. They can be found scavenging through articles on JSTOR, reading horror novels, and doodling on the edges of their notebooks.

I Don't Get To Choose Who I Love: An Essay on Bisexuality