At 2:30 am on Thursday, October 2nd, Aniya Parker was shot point-blank in the head on an East Hollywood side street. She was Black, and she was transgender.

She did not die instantly, but passed away later while in surgery. Though there were witnesses, though there was security camera footage, though there was a fifty-thousand dollar reward offered for information about her murder, the three young men involved were never caught.

Ms. Parker was referred to by the press as “a transgender person,” never once as a “woman.”

The transgender community is subjected to some of the worst violence and oppression of all the minority groups in America. The struggles of this community have been routinely erased; until 2011, there had never been a large-scale study regarding the specific challenges that transgender people face in the United States. When that study was completed, the picture was even worse than what most people had imagined. Transgender people were routinely discriminated against; turned down for medical care, fired from jobs, evicted from their homes, even turned away from homeless shelters and emergency rooms.

“The transgender community is subjected to some of the worst violence and oppression of all the minority groups in America.”

Due to this erasure and de facto exile faced by the trans community, there’s no way to catalogue every transgender person who is murdered because of anti-transgender violence in the world in a given year. However since 2007, the Transgender Day of Remembrance website has tried to memorialize all those that they could find. In 2014, so far, their list of names is 81 murders long. Each November, all over the world, groups gather to remember, honor, and mourn those taken from us by anti-transgender violence. This is a time of vital importance to the trans community, a time that we are recognized and our dead are mourned.

“Transgender people are disproportionately targeted for violence of all kinds…”

These facts are indisputable: Transgender people are disproportionately targeted for violence of all kinds, up to and including murder. Of those who are targeted, transgender women of color make up the largest share. As much as we do, as much as we are doing, it isn’t enough.

But the story doesn’t end there; our community is not defined by the violence we face and the spirit of the movement cannot simply be reduced to tragic statistics. The transgender community is vibrant. We are survivors, warriors, movers and shakers. Transgender men and women are accomplishing incredible things, spurring progress across the spectrum, leading revolutions, winning awards, fighting for rights, heading organizations, creating communities, starring in television shows, writing bestselling books, speaking out against violence, and radically loving themselves and their community. We fight for recognition, equality, education, employment, housing, healthcare, insurance, documents, for everything that we have been denied.

The mere fact of our continued existence is a revolutionary act.

We have proven that we have not been and will not be silenced, and we will not forget our own.

Regardless of who you are or how you identify, you are welcome to join with us in the Transgender Day of Remembrance in West Hollywood, Thursday, November 20th at 6:30 pm, as we remember and honor those who lost their lives to anti-transgender violence. 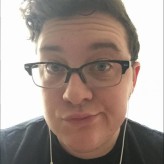