‘SKAM’: On Representation and Fetishizing

When people ask me what TV shows I’ve been binge-watching lately, I’m almost ashamed to tell them about my current favorite show – a Norwegian teen dramedy ironically named “SKAM” (meaning “shame” in Norwegian).

Yes, I’m currently into a show that’s designed for Norwegian high schoolers, but I’m not the only one. The show has exploded internationally, garnering fans from wide range of ages all over the world. Each season follows a different character through a semester of high school with wit and poignancy, handling several issues with incredible subtlety. In case you were wondering, they take on:

(That is a very short and by no means exhaustive list. I just want to get to my point.)

The show is unique in that it releases clips of the episode in real time throughout the week. For example, if something happens in the show at 10:50 a.m. on a Wednesday, it will be released on the NRK website at 10:50 a.m. on that Wednesday. Also periodically released are text conversations between the characters. At the end of the week, the clips are compiled, usually with extra unseen footage from the week, and that’s the episode. It has a dangerously immersive effect – viewers get sucked in, and stick around with these characters and their stories for the entire week. It also makes the show topical by reminding us that we’re watching in real time, with references to Narcos and pop music like John Legend and The Weeknd.

I’d like to focus on the sexuality aspect of the show, because that’s what has gotten people talking. The third season of the show has really taken off with international viewers because of the way it portrays a love story between two boys, Isak and Even, at the school. I only found out about the show at all after the third season started airing, because I was hearing about how respectfully it represents this love story. And let me clarify: that’s true. It deals with internalized homophobia, external homophobia, and other factors, like mental illness, which add nuance and depth to the story, adding drama while maintaining grounded context.

The show’s attention to detail and its character-driven plot is what makes it stand out for so many people. It’s a lot of fun to analyze, as there are several cinematic parallels to Baz Luhrmann’s Romeo + Juliet, throwaway lines that hold the utmost significance in later episodes, and an absurd amount of symbolism.

Of course, what reels viewers in are the characters and their dialogue. They’re relatable and as a result I felt a magnetic draw to just about every character that crossed my screen. A personal favorite of mine is Sana, a Muslim girl who is a basketball prodigy, a passionate lover of science, the voice of reason, and an overall badass.

There are problems with the show, like there are with any fairly mainstream production. In seasons one, two, and three, there hasn’t been much representation of people of color (POC), and as a result there have been assertions that the love story between the third season’s main character Isak, and his love interest Even, isn’t particularly innovative. This is a really important point, especially in the current global political climate, that needs to be addressed by the show. Yes, representations of queer people on mainstream television in any form are important, but that needs to be inclusive of all races and and other social identities. By exclusively depicting stories of white people on television, creators and showrunners are neglecting to validate people of color in the LGBTQ community.

A vital aspect of the success of the show is that the creator, Julie Andem, is very aware of viewers’ reactions. Given the show’s emphasis on social media, a lot of the discussion of the show from viewers of all countries is online. There were a lot of people bringing up the lack of diversity in the show (rightfully so), and so I personally feel that the showrunners are making a much more concerted effort to focus on racism and detailed representation of POC, which is so relevant to our society right now. Season four is currently airing, and focuses on Sana, who is both Muslim and a POC. The main issue of the season is her navigating being, as she states in season one, “a Muslim girl in a white, faithless country.” However, even though Sana features prominently in season four, we as a society need to continue the push for nuanced POC and religious representation, because it’s pitiful that Sana’s current main role is an isolated example of realistic representation in the show.

One of my main issues with the show isn’t the production itself. It’s a certain group of reactors to the show: the fetishizers. I hadn’t come across this type of people so blatantly before, and while I had heard that they existed, I was kind of hoping they didn’t.

This is a group of people who clearly fetishize homosexual relationships. It’s when straight girls want a gay best friend as an accessory, but think lesbians are predatory and disgusting. It’s when straight men make fun of gay men, and then switch on the lesbian porn. Unfortunately, it happens a lot with representation of queer people on our TV and movie screens – a certain group of people tend to fetishize them, often without realizing what they’re doing. These are the people who aren’t satisfied with Sana’s season, because they don’t get to watch the gay boys kissing, and they find the show’s examination of Muslim youth dull. For them, this new season is only a vehicle to get a glimpse of Isak and Even in the corner, and everything else is boring.

The story of season three centers on the relationship between Isak and Even, but it can be hurtful when viewers reduce a homosexual relationship to its sexual element, and neglect everything else about what makes the story relatable. Countless LGBTQ people have been hypersexualized, especially in media written and created by non-queer people, and this sense of entitlement to the bodies of queer people is disturbing. It reduces members of the community to stereotypes based on sexual behavior, and exploits them for the fantasies of certain groups of straight people. This show has already made strides in its local Norwegian community to normalize gay relationships and gay youth, and I want to applaud it for that. The positive impact the show is making shouldn’t be diminished to a sexual fantasy.

Everyone is entitled to their own opinion. But I’d like to be able to appreciate “SKAM” for what it is: a show which does such an incredible job portraying a gay high school romance as any other – with considerable ups and downs, realistic people, and a nuanced relationship.  I am also excited for this new season, because the show has proven to be capable of instigating social change. Season three has encouraged a greater awareness of the struggles faced in dealing with internal and external homophobia. If season four can promote a message of inclusivity and love between people of all races and religions, then it will have done its job, and that’s exactly what we all need right now. 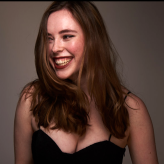