Taking A Step Back: An Analysis of Homosexuality in 9 Easy Steps (Fall 2000)

*This article is a modern analysis of the themes and content of “Homosexuality in 9 Easy Steps” (Fall 2000), the fourth installment of our From The Archive series.*

How much has the understanding of the gay agenda changed?

The queer community gets crap for “forcing” our sexuality onto others, and this isn’t a new concept; back in 2000, OutWrite published a piece titled Homosexuality in 9 Steps. This piece gave a nine-step guide on how to be gay, illustrating the irony in the idea that queer people choose to be queer (since following the nine step obviously cannot make a heterosexual person homosexual).

The most important takeaway from this nine-step guide is that the idea of sexuality being a choice and the LGBTQ+ community being “too loud” and “taking up too much room” continues to persist even twenty-two years after this article’s publication. Sexuality and gender are not things people choose to be, they are who people are. These nine steps point out common stereotypes the LGBTQ+ community is associated with, but following them will not “turn a person gay.” The initial piece demonstrates the idiocity of the idea that there is a guide to being queer. There’s no right or wrong way to be queer, and there’s no guide to turning cisgender heterosexual individuals queer, people are who they are and we cannot change, we can only accept it.

It is also important to note that though many of these stereotypes are now outdated, that does not mean that the LGBTQ+ community is free from any and all stereotypes – we are now subject to new ones instead. Sure, anyone can wear any color and no one will bat an eye, but gender roles are still prevalent, and the problem of breaking gender roles being associated with queerness still exists today. 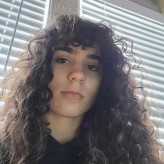 Gays In Anime: Round Two – The Good: Another Introspective Look on the 2016 Anime “Yuri On Ice!!!”

An Exploration of Euphoria: S2E5 "Stand Still Like the Hummingbird"